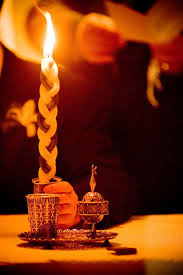 There is no better way to start the new week with the close of Shabbat on Saturday evenings. Rabbi Linder will lead us in a warm, spiritual and truly uplifting Havdalah service. In addition to a lovely spread of desserts and snacks, some unique enrichment programs (listed below) are planned.  These programs are free and all Congregants and their guests are warmly welcome!

In an effort to discern the meanings of the Ten Commandments, Hilton Bik takes a close look into their wording and historical context. His analysis may surprise you.

Hilton Bik’s life experiences began in the British colony of Rhodesia, in a traditional Jewish home, and proceeded to his student years at the University of Cape Town, then to Israel, where he studied at a yeshiva, lived in a kibbutz, and herded cattle on the Golan Heights. He came to America in the late 1970s and established a sheep farm in rural Georgia. Since retiring from farming, he has devoted his time to studying, writing, and the founding of an economic empowerment project in Zimbawe. 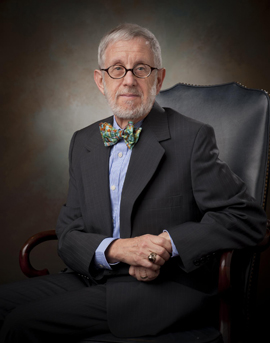 Paul Kurtz will trace the history of litigation and legislation affecting same-sex marriage, from the mid-1970s to the recent decision by the U.S. Supreme Court. He will provide an analysis of the opinions in that divided Court case and of related issues going forward.

Paul is retired from the UGA Law School where he taught for 38 years in the fields of family law, criminal law, and constitutional law. He also served for 22 years as associate dean for academic and student affairs and is co-author of a major family law casebook, which is now it its sixth edition and adopted in law schools across the country.
11/21/15 Dot Sparer,  “Kristallnacht:  A family’s life-changing experiences”
Dot Sparer lived in Germany with her family on the eve of Kristallnacht. She p 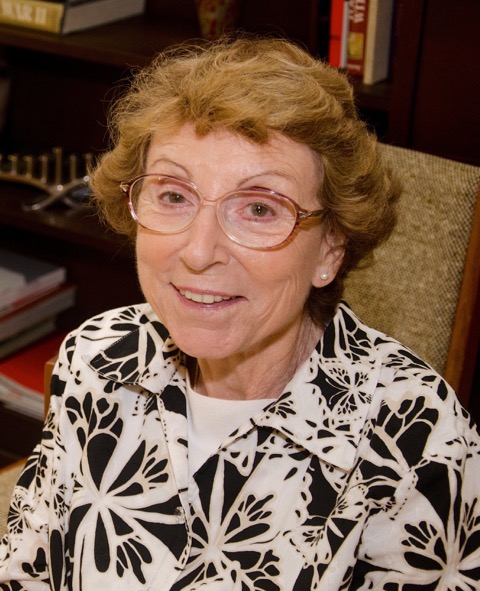 rovides a first-hand look at the event–what led up to it and what followed it. Her narrative reflects the experiences of her family: a Jewish doctor, his wife, and Dot, their six-year-old daughter.
In 1940, at the age of eight, Dot Sparer crossed the Atlantic with her family She grew up in Manhattan and in the 1960s moved to Athens with her husband and their twins. With a master’s degree in magazine journalism, she has produced numerous publications and has taught writing at the University of Georgia and Georgia State University.
1/9/16 Jared Klein, “All about Hebrew: A Town Meeting”
Jared Klein will talk about the Hebrew language. In an informal sett

ing, his intent is to leave the way open to the widest possible range of top
ics, with time for fielding questions from those present.
Jared is Distinguished Research Professor of Linguistics, Classics, and Germanic and Slavic Languages and Director of the Linguistics Program at UGA. Jared dreams like a linguist with a populist bent, as evidenced by his recent comment: “It has always been a dream of mine to discuss Hebrew in the context of community learners.”
2/6/16  Barbara Schuster,  “Leadership with Jewish Values: A Jewish Mother as Dean”. 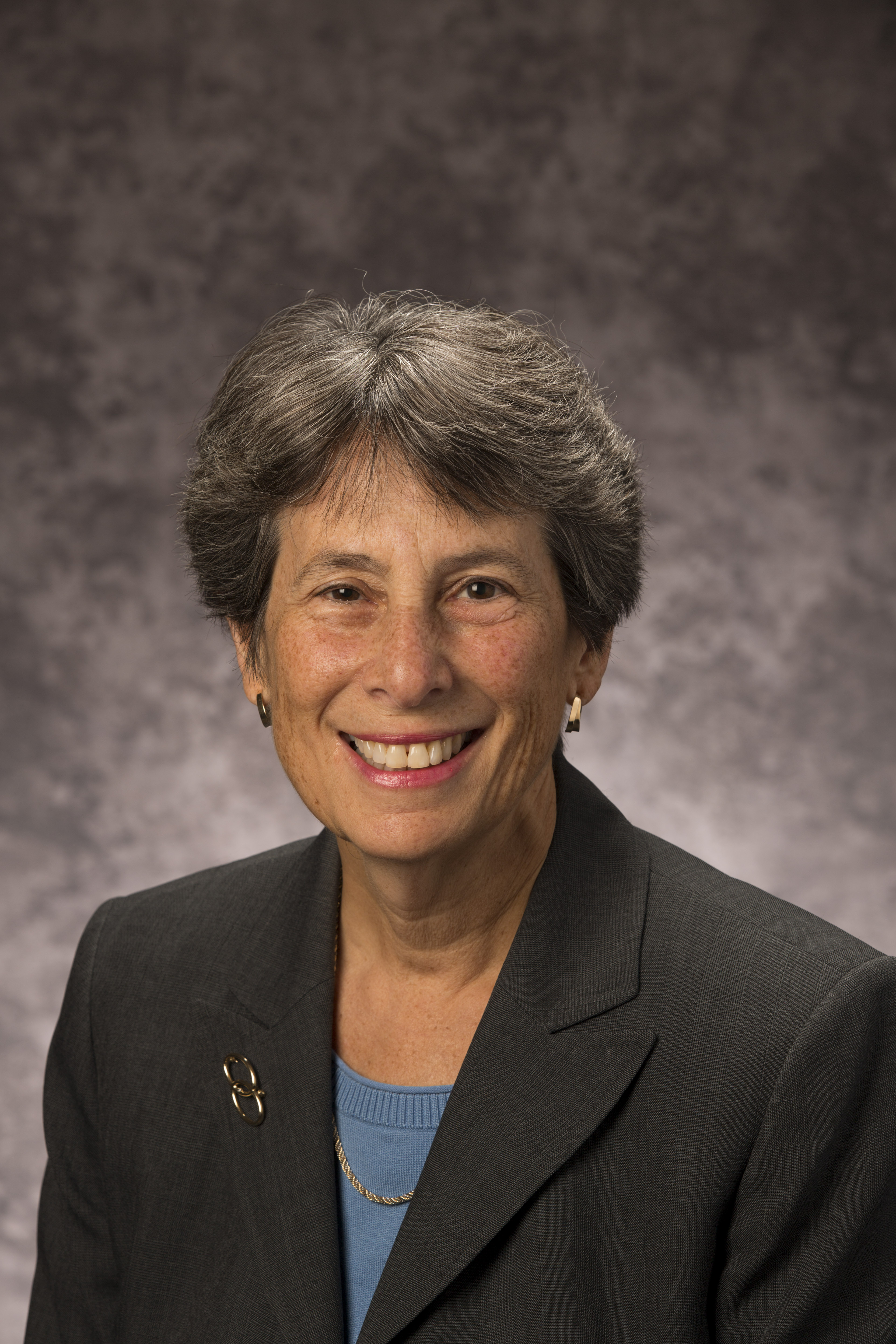 Barbara Schuster will talk about how Jewish values have been at work in her career in medicine and medical education.
Dr. Schuster is Professor of Medicine at Georgia Regents University and the Founding Campus Dean for the Georgia Regents University/ University of Georgia Medical Partnership. She stepped down as Campus Dean in May 2015 after graduating the first two medical classes to be educated in Athens.
3/5/16  Marilyn Gootman and Heather Schwartz Allen,  “The Joys of Parenting: A Jewish perspective”, jointly sponsored by a grant to Marilyn Gootman from the PJ Library Foundation.
Marilyn Gootman and Heather Schwartz-Allen will discuss their new parenting

book, set to be released in Fall 2016. The book draws on the rich and meaningful customs of Judaism to help parents create habits and routines in their homes that are relevant in today’s world.

Marilyn founded and runs the Athens PJ Library Program. She has beeen working with teachers, parents, and children in both Jewish and general setting for more than 35 years. She has authored several books and appeared on local and national radio and television shows.
Heather works with the Athens PJ Library Program and serves on the board of the Athens Jewish Film Festival. She has worked on economic development with international organizations in South Asia and has consulted for  NGOs in Nepal and Bangladesh.
4/2/16  UGA Opera Group  “A Performance for CCI” 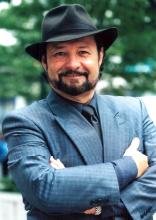 We can look forward to a musical and theatric treat next spring, when members of the Opera Ensemble from UGA’s Hugh Hodgson School of Music presents an operatic program at CCI.  This student group is supervised by Frederich Burchinal and Kathryn Wright.
Frederich Burchinal, Wyatt and Margaret Anderson Professor of the Arts and Director of Opera, came to UGA after a forty-year international career, with twenty years as a Metropolitan Opera leading baritone. The resident Opera Coach, Kathryn Wright, worked in opera for many years in Germany and came to UGA after working professionally as a coach/prompter with Deutsche Oper in Berlin.
4/30/16  Rabbi Linder, “Ancient Israel and Modern Judaism: A Photo Essay”

IRabbi Linder will present a slideshow of pictures taken in Jerusalem, Tel Aviv and various parts of Italy. He will use these images to talk about Ancient Israel, Modern Judaism, and links between them.

Rabbi Linder came to Athens to lead our congregation in 2012. Raised in Plantation, Florida, he developed a love for Judaism in the context of community when his parents bribed him with $20 to go to a youth group conclave. He is guided by a belief that Torah can be a vehicle for personal growth as it calls each of us to Lech L’cha–to venture courageously forward in our lives.
For more information contact: